Given strained relations between the U.S. and Mexico, I was encouraged last week at a bi-national gathering focused on conservation strategies for the Lake Chapala watershed: "Unidos por Chapala" (United through Chapala). 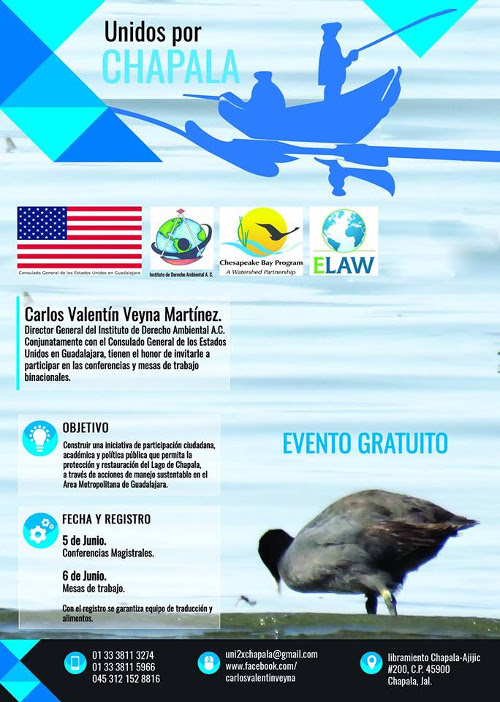 IDEA brought together U.S. diplomats, Environmental Protection Agency officials, ELAW, and representatives of Mexican civil society to discuss how to conserve Mexico's largest freshwater lake and its wider watershed, which includes the Lerma and Santiago Rivers.

Lake Chapala is under siege from polluting industries, agricultural run-off, and over-appropriation of water for industrial use -- shortchanging residents and visitors. IDEA has worked tirelessly, for decades, to make community voices heard in efforts to protect the watershed.

Citizens working to protect Lake Chapala are also under siege. IDEA defends the human rights of these citizens to protect natural resources.

Among the recommendations from last week's conference:

An immediate, tangible outcome of the conference was the creation of an academic network to bring technical expertise to watershed cleanup.

We are inspired by the dedication of Dr. Gutierrez and her team at IDEA.

Read more about last week's gathering and work to protect the Lake Chapala: