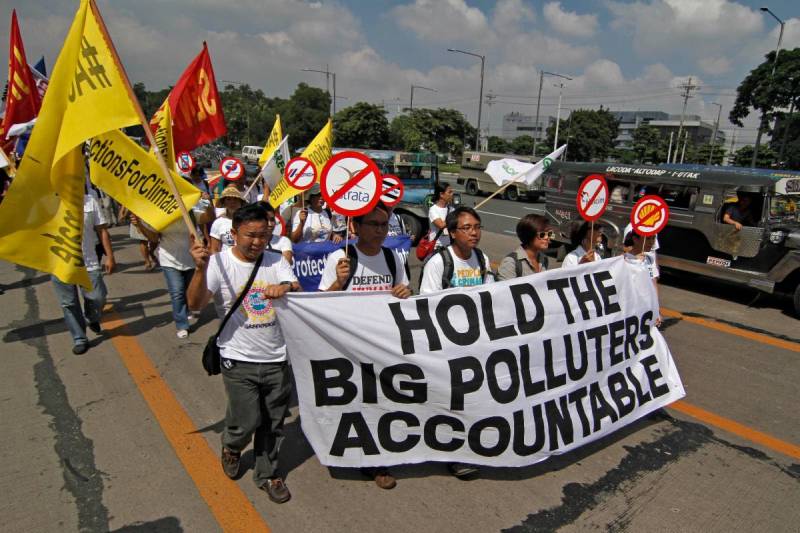 The Commission on Human Rights of the Philippines (CHRP) issued a final report on its years long investigation into 47 investor-owned corporations for human rights abuses tied to climate change.

Isabella Kaminski at The Guardian reports:

“Experts say the long-awaited report published on Friday, which concludes that coal, oil, mining and cement firms engaged in “wilful obfuscation” of climate science and obstructed efforts towards a global transition to clean energy, could add fuel to climate lawsuits around the world.”

In 2016, ELAW filed a brief before the Commission supporting its investigation into violations of Filipinos’ human rights related to climate change. Grizelda “Gerthie” Mayo-Anda, Executive Director of Environmental Legal Assistance Center (ELAC), was a member of the legal team representing the petitioners.

Gerthie says the report follows a petition filed in 2015 by NGOs, led by Greenpeace and the Philippine Rural Reconstruction Movement (PRRM), and thousands of individuals, including survivors of Typhoon Haiyan, against some 47 investor-owned fossil-fuel and cement companies, including Shell, ExxonMobil, Chevron, BP, Repsol, Sasol and Total.

“This victory took almost seven years,” she says. “The case is significant because it is the first case in the Philippines where vulnerable communities, hand in hand with NGOs, sought and won justice for human rights harms caused by fossil fuel-producing companies.”

The Commission recommends the Philippine government acknowledge that “anthropogenic climate change, if left unmitigated, can and will lead to global extinction; that existing measures to combat its consequences must be improved; and that long-term measures for adaptation, mitigation, and resiliency must be translated to concrete actions.”

The Commission also recommends that courts “take judicial notice that climate change is unequivocally anthropogenic, as supported by incontrovertible data.”

Former petitioners' counsel Zelda Soriano, now Legal Director of the Community Legal Help and Public Interest Centre, said: "This resolution vindicates the Filipinos' rights that were knowingly harmed by the carbon majors. The CHRP laid down a strong ground for next legal actions against extraction of carbon reserves and new or additional fossil fuel investment. It's groundbreaking."