Ukraine Lawyers Secure Citizens` Voice in Decisions About the Environment 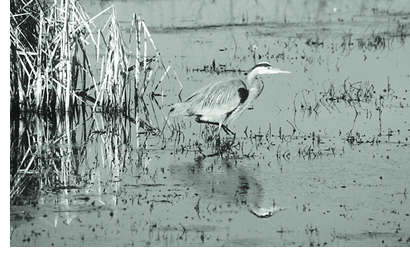 Environmental impact assessments (EIAs) hold the promise of helping us move toward a more sustainable future. EIAs can force developers to reveal the potential impacts of a project and give citizens an opportunity to participate in decisions about their future.

Sound EIA laws require developers to set out alternatives to the proposed project and measures that can mitigate the project`s environmental impacts. EIAs often fail to fulfill their promise. Ineffective EIA laws do not give citizens enough information about a project and do not enable citizens to participate. For EIAs to be truly effective, environmental advocates and citizens must play a strong role in the EIA process and participate actively in decisions about their environment and their future.

Ecopravo-Lviv, a leading Ukrainian public interest environmental law organization, recently called on ELAW to help win a case strengthening Ukraine`s new EIA law. Ecopravo-Lviv filed a suit challenging plans to construct a port facility involved in the transport of fertilizer. This project could cause fugitive releases of fertilizer chemicals to the South Bug River, jeopardizing this fragile estuary ecosystem. ELAW U.S. provided Ecopravo-Lviv with information about the impacts of fertilizer releases and regulatory standards that apply to port facilities that load and unload fertilizers.

Ecopravo-Lviv lawyer Dmitri Skrylnikov wrote this report to the ELAW network: "The High Arbitration Court ruled in favor of Ecopravo-Lviv... The company failed... to publish the EIA, in violation of the law... The Court found that the EIA was published two months after it was completed, in violation of the public`s rights to be informed and to participate in the EIA process. This case represents a landmark victory for Ecopravo-Lviv on issues fundamental to meaningful public participation in environmental decision making." By strengthening Ukraine`s EIA law, Ecopravo-Lviv has helped ensure that Ukrainian citizens have a voice in decisions about their environment. By sharing this victory through the E-LAW network, Ecopravo-Lviv will help advocates around the world give citizens the right to defend the environment.