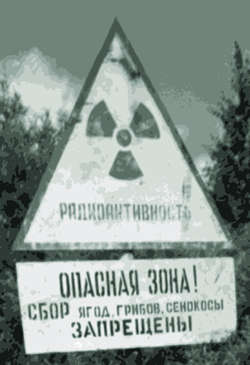 The Siberian city of Seversk was one of the infamous "secret cities" in the former Soviet Union, where the government operated nuclear facilities to manufacture weapons and produce energy. Seversk is no longer a secret and a local lawyer is challenging its 35 year legacy of nuclear contamination. Since 1963, Siberian Chemical Combine`s five nuclear plants in Seversk have produced 30 million cubic meters of radioactive waste. The company has disposed of this waste by injecting it into deep wells, making Seversk one of the most radioactive places in the world.

The underground wells containing the liquid radiation are only a few kilometers from wells that supply drinking water to 500,000 residents of the nearby city of Tomsk. Dangerous levels of radiation have been detected in children, adults, and wildlife such as rabbits and moose. Local lawyer Konstantin Lebedev has single-handedly taken on the government for contaminating Seversk, jeopardizing its residents and failing to inform citizens of the dangers of radiation. Konstantin called on the ELAW network for support.

ELAW U.S. responded with information about human exposure to radiation, ways to measure radiation damage, the U.S. response to the Three Mile Island disaster, and legal strategies for obtaining damages for individuals suffering from radiation poisoning. With ELAW`s support, Konstantin filed suit in regional court against the local government for continuing to issue permits for Siberian Chemical Combine`s reckless radioactive dumping. The regional court ruled against him, but Konstantin appealed to the High Court of the Russian Federation. Konstantin reports that the High Court annulled the regional court`s decision, pointing out that the lower court ignored a law prohibiting burial of radioactive waste near water tables.

Now, the case will return to the lower court. ELAW will continue supporting Konstantin`s work to challenge the toxic scourge in Seversk. Already, his efforts have helped shed light on an environmental and human health disaster that is a continuing, tragic legacy of the Cold War.