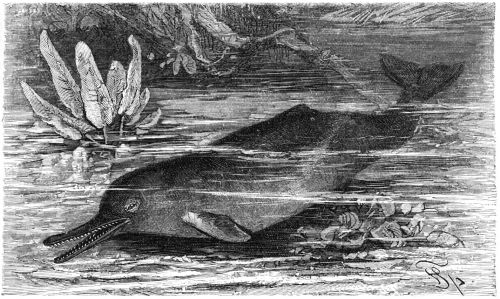 There are fewer than 2,000 Ganges river dolphins (Platanista gangetica) left in India.  Despite this perilous status, the Government of India’s stateowned oil company proposed to conduct seismic surveys using boat-mounted air guns to explore for deposits of oil and gas in prime dolphin habitat in the Brahmaputra River.  ELAW and its partners in India are pleased to report that the seismic tests have been canceled and the dolphins are safe, for now.

Ganges river dolphins are nearly blind.  They rely on sound and echolocation to navigate and communicate with their calves in the Ganges and Brahmaputra Rivers and tributaries in India, Bangladesh, and Nepal.

The Government of India’s state-owned oil company – Oil India Limited – proposed to conduct seismic surveys using boat-mounted air guns to explore for deposits of oil and gas in prime dolphin habitat in the Brahmaputra River in the State of Assam.  These surveys would generate thousands of noise impulses louder than 200 decibels, reverberating along large stretches of the river, harming individual dolphins and irreversibly separating mothers from their calves.

ELAW partners in India called on ELAW for help challenging this dangerous project.

ELAW Staff Scientist Mark Chernaik worked closely with attorney Ritwick Dutta at the Delhi-based EIA Resource and Response Centre (ERC) to provide the information that local communities needed to evaluate the potential impact of seismic testing on dolphins in the Brahmaputra River.

Mark analyzed the proposed project’s Environmental Impact Assessment (EIA) and found many flaws.  He revealed that the EIA was based on literature on marine mammals in ocean environments and lacked any direct observations of seismic surveys on river dolphins.

Mark showed that sound waves travel differently in the open ocean than in a confined river.  Project proponents claimed that air guns would have limited impact on marine mammals in the open ocean, but this information is likely irrelevant to riverine cetaceans.  Mark also argued that the Ganges river dolphin, which is practically blind, is more vulnerable to noise pollution, and seismic testing would disturb the ability of mothers to track their calves using echolocation.

Dr. Weilgart’s report was widely distributed through the local electronic press.  Ritwick shared the information from ELAW and Dr. Weilgart at meetings with community groups and officials at the Ministry of Environment and Forest.  The end result: The suspension of seismic surveys in the Brahmaputra River! 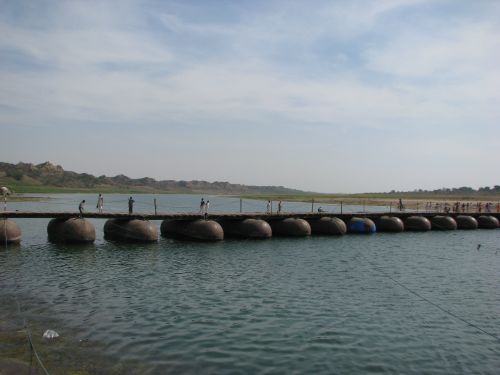 Free passage of river dolphins, crocodiles, and turtles in the Chambal River is threatened by a temporary pontoon bridge that sits directly on the river at Pinahat in Agra, in the State of Uttar Pradesh.  The Chambal River is part of a national wildlife sanctuary.  Permission for the bridge expired in November 2009, yet the bridge remains.  Local groups are concerned that permission for the pontoon bridge will be extended.  ELAW partners at the EIA Resource and Response Centre (ERC) joined local community members on a recent tour of the area.  In meetings with officials at the Uttar Pradesh Forest Department, they learned that more than 1,000 crocodiles and 70 dolphins are threatened by the pontoon bridge.  Officials claim that they regularly inform the Department of Public Works about the local violations of India’s Wildlife Protection Act, to no avail.

In December 2009, ERC filed a petition with the Central Empowered Committee of the Supreme Court of India seeking to revoke permission for the Pinahat Pontoon Bridge.  In January, the Central Empowered Committee issued notice to the Chief Wildlife Warden and the Principal Chief Conservator of Forests stating that the issue of the pontoon bridge is now under review.  We expect news within the next few months.