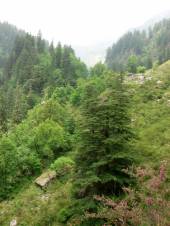 As reported in Victory in India!

ELAW partners in India have won a stunning victory protecting communities in Dhinkia, Gadakujanga, and Nuagaon Gram villages from short-sighted plans for an enormous steel manufacturing facility and port. India's newly formed National Green Tribunal has suspended plans for a project that would have cut forests and forced communities to leave lands that they have lived on for generations. ELAW worked closely with Ritwick Dutta and Rahul Choudhary, who argued the case before the National Green Tribunal. "In suspending the Ministry's clearance for the project the National Green Tribunal is telling the world that in India, no amount of money or political power can shield a project from the necessity of complying with environmental standards and the rights of communities," says Mark Chernaik, ELAW Staff Scientist.