Victories & Steps Along the Way: U.K., Argentina, Belize and India 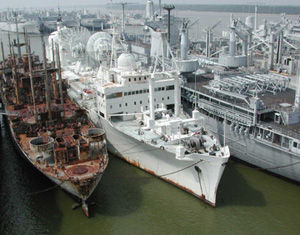 Following legal action by Friends of the Earth (U.K.), the English Environment Agency withdrew permission for 13 rusted U.S. Navy vessels to be scrapped at Able UK`s Hartlepool yard off the Teesside coast in England. The ships contain hazardous wastes, including asbestos, PCBs, and more than 500,000 gallons of oil.

Four ships had already set out on the trans-Atlantic journey when the Environment Agency accepted that it had acted unlawfully in granting the licence to scrap the ships. The four ships are now docked in Hartlepool where they will be stored temporarily over the winter. Left behind were more than 70 obsolete U.S. Navy ships anchored in the James River, Virginia, ready for scrapping.

Friends of Earth (U.K.), represented by ELAW advocate Phil Michaels, challenged plans for accepting the "Ghost Fleet" on grounds that the Environment Agency did not conduct the required environmental assessments before issuing necessary licenses. In particular, the Agency had not looked closely enough at the impact of the project on internationally protected wildlife sites next to the dock basin where the ships would have been dismantled.

Asbestos and PCBs have been linked to respiratory illnesses and cancer of the larynx, lungs, stomach, colon, kidney, liver, and brain. Construction of a dry dock in an already heavily polluted and industrialized section of the Tees River threatens to mobilize contaminated marine sediments and pollute adjacent coastal areas with heavy metals and persistent organic pollutants.

Congratulations to Friends of Earth (U.K.) and Phil Michaels for their good work defending public health and the environment. 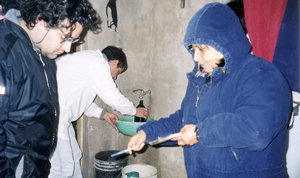 ELAW partners in Argentina have won clean water for Chacras de la Merced, a low-income community of 5,000 along the Suquia River on the eastern end of Cordoba. In November, 2003, the Civil and Commercial Court of the Province of Cordoba approved a petition filed by the community seeking relief from a polluting sewage treatment plant and ordered local authorities to provide clean drinking water to affected families.

Wells along the river are the community’s only source of water and many children and family members are suffering from gastrointestinal illnesses. Residents of Chacras de la Merced have been complaining since 1992 about a sewage treatment plant that was built in the middle of their community. The plant needs maintenance, lacks capacity, and frequently discharges effluent into the river.

Following Meche’s visit, CEDHA and community representatives presented the results of the water quality analysis to the court and requested an injunction. In November, 2003, the court approved the petition and ordered authorities to provide, within 24 hours, 200 liters of clean water per person per day to the affected families. CEDHA and the community are continuing negotiations with local authorities to provide safe drinking water to the entire community and clean up the river. 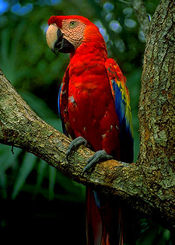 The Privy Council of London, which serves as Belize’s highest court of appeal, has heard its first environmental case since it was established 500 years ago. The appeal, which challenged the approval of a flawed Environmental Impact Assessment, was brought by advocates in Belize seeking to protect the Macal River valley from the ill-advised Chalillo Dam project. The appeal was rejected in January, by a vote of 3-2, but represented an important milestone for advocates in Belize and around the world seeking a wider audience for their campaign to protect Belize’s rainforests.

ELAW advocate Candy Gonzalez, with the Belize Institute of Environmental Law and Policy (BELPO), says the Chalillo Dam would produce over $1 billion in profits for a foreign-owned electric company, Fortis of Canada, and produce, at most, seven megawatts of power.

A dissenting judge on the Privy Council wrote: "The EIA was so flawed by important errors about the geology of the site as to be incapable of satisfying the requirements of the EPA and the Regulations."

Responding to the Privy Council decision, Candy said, "The fight is not over. This is a setback, not a defeat. Other legal avenues are being investigated."

ELAW U.S. staff attorneys and scientists have provided valuable legal and scientific support to Candy and other advocates in Belize challenging the proposed dam.

If built, the dam would flood over 2,400 acres of pristine rainforest and destroy the habitat of many rare and endangered species, including the only known breeding grounds of the Scarlet Macaw. The dam would also flood undocumented Mayan ruins, destroying forever the cultural history and valuable knowledge of the Mayan People. 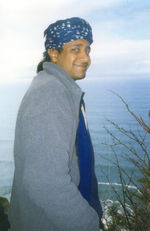 Villagers in southern India want clean water and they are challenging international soft drink giant Coca-Cola to get it. Local wells in Palghat District, Kerala, were found contaminated with calcium and magnesium after Hindustan Coca-Cola Ltd. tapped a local aquifer for its bottling plant in Palghat District, Kerala. The area is home to 10 colonies of Dalit ("untouchables") and other tribal people.

ELAW advocate Nityanand Jayaraman met with villagers in 2002 as part of an investigation for CorpWatch India, and saw firsthand that well water was chalky white and unfit for cooking, washing, or bathing. Residents suspected the bottling plant`s immense water use was the source of the problem. Hindustan Coca-Cola is drawing 400,000 gallons of water a day from a local aquifer.

Nity sent ELAW U.S. Staff Scientist Mark Chernaik a detailed chemical analysis of water samples taken from the local well. Mark found the well water contaminated with high levels of calcium and magnesium and described how rapid flow of groundwater through the aquifer caused by the plant`s immense water use could loosen limestone and clay and cause the contamination the villagers observed.

Indigenous men, women, and children have picketed peacefully outside the bottling plant`s gates since April, 2002.

CorpWatch India’s investigation and ELAW’s interpretation of the water analysis provided the first scientific evidence that contamination of local groundwater could be linked to overuse. Within a year, tests conducted by BBC Radio 4, through the University of Exeter, and subsequent tests by the Kerala government confirmed the presence of toxic heavy metals in local groundwater and in the sludge given by Coca-Cola to local farmers for use as fertilizer.

On December 16, the Kerala High Court ordered Hindustan Coca-Cola Beverages Ltd. to stop using village groundwater and seek alternative sources. A two-judge panel of the High Court intervened in January, allowing the company to continue operating at status quo until the next hearing of the case. A subsequent ruling by the High Court observed that groundwater is a public resource that should not be used for private profit at the expense of local needs. The legal battle continues.