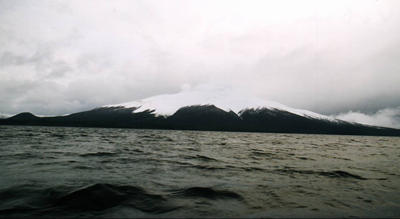 ELAW advocates in Chile have scored a tremendous victory for the snowy peaks and icy fjords of Central Patagonia. Toronto-based Noranda Inc. has canceled plans to build three dams and one of the world`s largest aluminum smelters in the Aysén region of southern Chile.

ELAW partners at Fiscalía del Medio Ambiente (FIMA)  led the fight against Alumysa. They called on ELAW U.S. Staff Scientists Mark Chernaik and Meche Lu to evaluate the project’s Environmental Impact Assessment (EIA). Mark and Meche found that, contrary to Chilean law, Noranda failed to justify the location for the project or describe the effects of toxic fluoride emissions. Another serious flaw in the EIA was its extremely limited information about the flora and fauna that would be impacted by the $2.7 billion project.

On receiving news of his award, Fernando wrote to ELAW: “I want to share this prize with all of you since the exchange of ideas and information through the ELAW network has been one of the most important sources of motivation and support throughout my career as an environmental lawyer.”

ELAW U.S. has worked with Fernando since 1994 and helped him launch FIMA in 1998. FIMA is now one of the world’s leading public interest environmental law organizations.

For more information about this ELAW Impact or FIMA, contact the Environmental Law Alliance Worldwide at elawus@elaw.org.