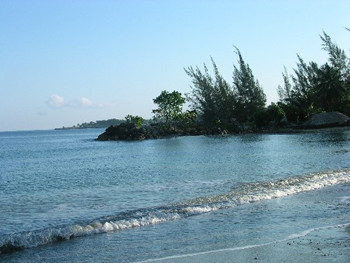 Support from ELAW U.S. helped environmental advocates in Jamaica protect the coast of the parish of St. Thomas from an ill-advised sand mining operation.

The project threatened beaches, fishing grounds, and the livelihoods of local residents on Jamaica`s south coast. Jamaica Pre-Mix Ltd. proposed dredging two million metric tons of sand every year, for 20 years, from the mouth of the Yallahs River.

Diana McCaulay, Executive Director of the Jamaica Environment Trust, called on ELAW U.S. to evaluate the environmental impact assessment (EIA) for the proposed project. LAW U.S. Staff Scientist Mark Chernaik found that the EIA`s analysis was flawed. It failed to identify potentially destructive impacts on beach stability and failed to assess how increased loads of sediment would impact marine life. If the project went ahead, environmentalists feared there was potential for significant changes to the coastline.

Mark`s analysis concurred. He wrote: "The EIA`s coastal dynamics impacts analysis is based on poor assumptions that yield unreliable and perhaps worthless predictions of how the project will change the shoreline." The EIA also failed to assess the full effect of the project on the area’s ecotourism and local income-generating activities.

Advocates at JET presented Mark`s findings to Jamaica’s National Environment and Planning Agency. NEPA notified the project proponents that approval would not be considered if the concerns outlined by Mark were not addressed. The project has been on hold ever since. For more information about this ELAW Impact or the Jamaica Environment Trust, contact the U.S. office of the Environmental Law Alliance Worldwide at elawus@elaw.org.