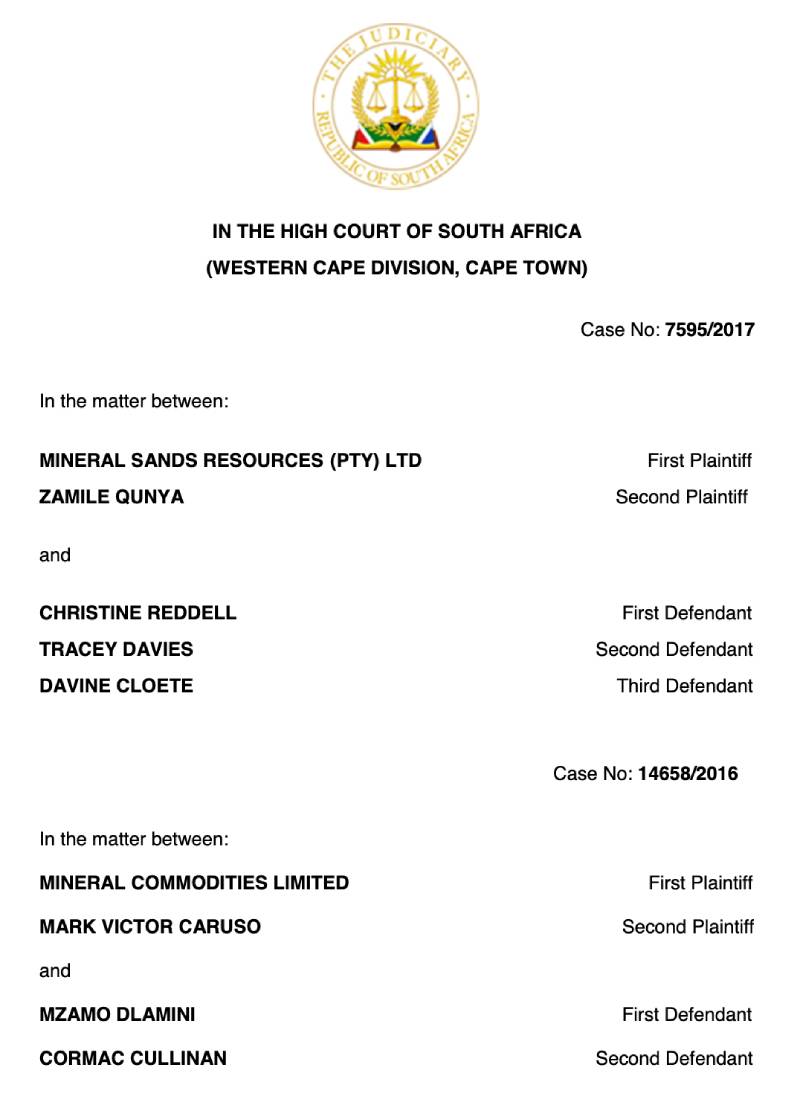 Friends at the Centre for Environmental Rights (CER) in South Africa recently shared wonderful news—in a series of defamation lawsuits that an Australian mining company filed to silence activists criticising its mining operations, a South African High Court has upheld the defence of SLAPP (Strategic Litigation Against Public Participation) as an abuse of the legal process. The Australian mining company and its local subsidiary sued a group of South African activists and lawyers, claiming damages of ZAR 14.25 million (approximately USD $980,000).

The High Court made strong findings about corporations’ attempt to silence activists, and the importance of upholding free speech so that activists and NGOs can respond to issues affecting society and the environment without fear of retaliation.

Jen Gleason, ELAW Law Program Director, says: “This victory should echo around the world and inspire courts to vigorously reject attempts to use legal processes to silence citizens.” The High Court’s judgment states:

[64] Individuals or NGO’s must have the freedom to respond to issues affecting society, such as those related to the environment and sustainable development. In instances where corporates could be the main cause of damaging and destructive behaviour of the environment and biodiversity, civil society should be allowed to confront and restrain such behaviour.

[66] Corporations should not be allowed to weaponise our legal system against the ordinary citizen and activists in order to intimidate and silence them. It appears that the defamation suit is not genuine and bona fide, but merely a pretext with the only purpose to silence its opponents and critics… SLAPP suits constitute an abuse of process, and is inconsistent with our constitutional values and scheme.

“We welcome the South African High Court’s recognition of the crucial importance of civil society activism and free speech for environmental justice,” says Melissa Fourie, CER Executive Director, “This judgment makes it clear that, in South Africa, corporations will not succeed in using SLAPP suits to silence criticism about their environmental impacts from environmental activists.”

Congratulations to CER and the victorious citizens of South Africa! CER will be posting more information and analysis on their website at www.cer.org.za over the next days and weeks.