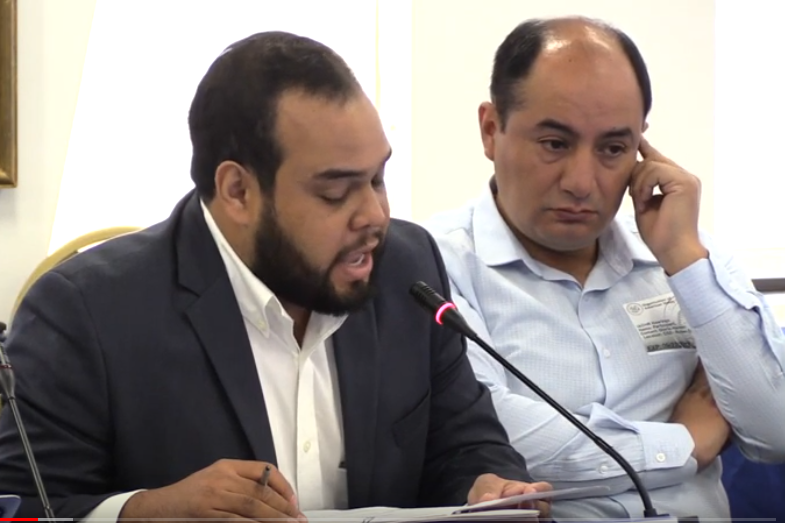 Defending the environment is more dangerous than ever. Last week, ELAW partners shared disturbing details in brave testimony before the Inter-American Commission on Human Rights (IACHR) in Washington, D.C.

Eduardo Mosqueda described how he was beaten, arrested, and incarcerated for more than nine months in 2015-16 for his work on a dispute between the Nahua people in Jalisco, Mexico, and an iron mining company. The company was destroying land and polluting water in Nahua territory, which violated the human rights of the Nahua indigenous community.

Eduardo is the Executive Director of Instituto de Derecho Ambiental (IDEA) based in Guadalajara. He traveled to Eugene in 2017 and shared his harrowing experience with the Eugene Weekly. Earlier this year, he drew support for his challenging work from participants at the 2019 ELAW Annual International Meeting.

In conjunction with last week’s hearing, ELAW and partner organizations around the world issued the “Report on the Misuse of Criminal Justice Systems to Retaliate Against Environmental Defenders.”

"Defending the environment is dangerous. Every day, environmental defenders are harassed, threatened, and attacked as reprisal for their work promoting and defending human rights relating to territory, water, air, land, flora, and fauna. Increasingly—and alarmingly—States in the Americas are retaliating against environmental human rights defenders through the improper manipulation of criminal investigations and prosecutions. Environmental defenders are falsely accused of crimes, detained arbitrarily, and subjected to lengthy criminal proceedings plagued with irregularities and due process violations, with the goal of hindering the defenders’ work and limiting the civic space available for the defense of the Planet."

In its report, ELAW and its partners recommended that the IACHR:

P.S. Please join us on October 17th, 7-8pm at Temple Beth Israel to learn more about the work of EcoPeace Middle East, bringing together Jordanian, Palestinian, and Israeli environmentalists to mitigate climate risk and to promote peace. RSVP to the Facebook event here.