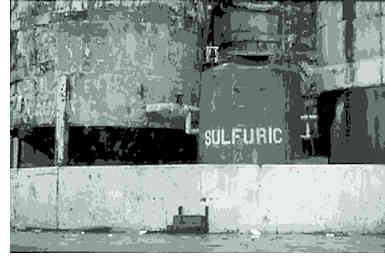 Gold mining companies often establish operations in developing countries, where fewer regulations protect the environment and governments are eager for short-term profits from these operations in spite of the high environmental costs. The Panamanian government defied this conventional wisdom and suspended a mining project until alternative methods to reduce the potential for environmental damage could be identified.

When Panamanian lawyer Hector Huertas learned that a Canadian company planned to dig an open pit gold mine on hillsides occupied by rural peasant communities in Los Santos, he called on ELAW U.S. He sent the environmental impact assessment (EIA) for the project to Eugene and asked for our evaluation.

ELAW U.S. contacted a mining expert at the University of Nevada who identified a serious flaw in the plan — inadequate measures to prevent acid mine drainage from waste rock dumps. Waste rock often contains sulfide, which converts to sulfuric acid when exposed to air or water. The acid leaches heavy metals from the waste rock into surrounding surface and ground water. Once started, the leaching can continue for decades and is nearly impossible to stop or clean up.

The EIA revealed that the company planned to use a cheap and unproven method to control acid mine drainage, rather than proven, environmentally sound methods. ELAW U.S. sent the expert`s evaluation of the EIA to Hector, who forwarded it to Panama`s Minister for Commerce & Industry. This information prompted swift action: the Environmental Commission of the Panamanian Legislative Assembly issued an order immediately suspending work at the mine. The Commission also convened a committee of technical experts to investigate the project`s potential for causing serious environmental damage. Hector continues work on the case. He hopes his success will set a precedent for mining operations throughout Panama.