25,000 Acres of Mangroves Saved in Tanzania 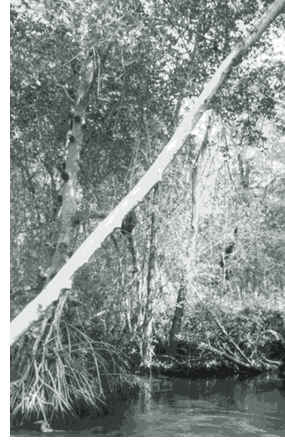 Lawyers in Tanzania have won an injunction preventing destruction of the largest remaining contiguous mangrove forest in East Africa. The African Fishing Company (AFC) planned to destroy 25,000 acres of shoreline along the Rufiji Delta to develop the world`s largest industrial prawn farm. The Lawyers` Environmental Action Team (LEAT) filed suit and won an injunction to protect this critical ecosystem.

The Rufiji Delta provides nursery grounds to thousands of fish and marine invertebrates. It is home to the threatened sea cow and wintering grounds for migratory birds and rich in medicinal plants. The delta is also home to three tribes whose ancestors have lived in the region for more than 2,000 years.

AFC planned to cut down forests in Tanzania`s National Mangrove Forest Reserve and redirect waterways. The company would have used antibiotics and other chemicals and discharged them into nearby tributaries. And more than 4,000 delta residents would have been displaced.

AFC convinced the government to approve its plan, despite its failure to consult with the communities affected by the project. All over the world, developers tout intensive prawn farming schemes as boons to economic development. Yet, experience in Asia and Latin America has shown that these schemes make short-term profits for a few, followed by long-term environmental destruction.

This support helped LEAT prepare for the hearing before the High Court on April 15. The court issued an interim order protecting the mangroves. The court has affirmed this order in several hearings and the mangroves remain intact. According to LEAT lawyer Vincent Shauri, a final High Court victory will send a message "to other small, resource-dependent communities that the grassroots of Tanzania possesses the power and the voice to challenge government and private interests."