Rugemeleza Nshala shakes his head in wonder when he recalls the first ELAW Annual Meeting and Public Interest Environmental Law Conference he attended back in 1995. One year before, as a young graduate of the University of Dar es Salaam, he had been inspired by an encounter with environmental attorneys to create a public interest law firm to protect Tanzania’s natural resources. He expected to learn a lot at the gatherings. He didn’t expect to get noticed.

Tanzania, the East African nation between Kenya and Mozambique, can’t be described without superlatives. Twice the size of California, it is home to Mount Kilimanjaro, the tallest peak in Africa. It is bordered by the second largest lake in the world and the second deepest lake, Victoria and Tanganyika, respectively. Its central plains grassland — the renowned Serengeti — supports the largest mammal migration on the planet.

Tanzania’s wealth of species, both plant and animal, have led to its designation as a biodiversity hotspot, one of 25 places in the world where the multiplicity of living things is particularly at risk of extinction because of the loss of habitat. The country also has a wealth of mineral resources — copper, gold, silver, diamonds, gemstones, and natural gas.

Back in 1994, Tanzania had no attorneys focused on environmental issues, Rugemeleza says. In fact, no countries in East Africa had a nongovernmental organization working to enforce environmental laws. So, Rugemeleza and two colleagues organized the Lawyers’ Environmental Action Team (LEAT). They had no money; they had time, energy, and concern.

Rugemeleza had learned about ELAW from a Peace Corps Volunteer with Oregon connections. ELAW Staff Attorney Jennifer Gleason visited Tanzania in 1994 and invited Rugemeleza to attend the ELAW Annual International Meeting and University of Oregon Public Interest Environmental Law Conference in Eugene. During a PIELC session run by ELAW co-founder John Bonine, a University of Oregon law professor whose passion for the environment has driven decades of work, Rugemeleza was surprised to hear himself introduced. John spoke of Tanzania’s unique environmental challenges — increased mining, ongoing pollution of its waterways, poaching, loss of habitat, extreme poverty. And then he passed the hat.

“We also got funding from the Ford Foundation and we took it from there. Our formation inspired the formation of similar organizations in Uganda, Zimbabwe, Liberia, and Kenya,” he says. “The seed that was planted in Tanzania germinated in so many other places.”

LEAT has scored lasting victories, but perhaps its greatest contribution is its work on the nation’s first environmental protection laws, passed by its parliament in 2004. Among its key provisions:

Every person living in Tanzania shall have a right to clean, safe, and healthy environment. 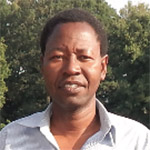