That’s when the Centre for Environmental Rights (CER) stepped in, assisting Earthlife Africa Johannesburg in challenging the environmental authorization. This led to a suit, arguing that the government had failed to consider the climate change impacts of the power plant during the environmental impact assessment (EIA) – and these impacts needed to be considered before a decision could have been made to authorize the power station.

Like most countries, South Africa requires EIAs for such projects. But until this case, EIAs have only narrowly considered the impacts of climate change – if at all. And the government’s Department of Environmental Affairs had previously held that there was no legal basis in South Africa’s EIA framework for climate change impact assessments. Looking at the bigger picture – such as impacts to the climate over time, and the impacts of climate change on a particular project and the surrounding area – has not typically been included in EIAs in South Africa or in other countries, like the United States.

CER said that the government must now study the climate impacts of the Thabametsi coal-fired power plant before deciding whether to allow the plant to go ahead. CER turned to ELAW Staff Scientist Mark Chernaik for help.

“Particularly useful was Mark’s calculation of the cost of Thabametsi’s future GHG emissions, which assisted us in making a strong media statement regarding the plant’s anticipated impacts,” says Nicole Loser, CER Attorney.

“South Africa continues to plan significant investments in coal. CER and our clients felt it critical to obtain legal precedent confirming that the contributions of such activities to climate change — in this instance, coal-fired power stations — must be assessed comprehensively before a decision can be made to authorize such projects.”

The court agreed, and in March 2017 halted the project until climate change impacts are properly assessed and considered by the government. In his decision, Judge John Murphy noted: “Short-term needs must be evaluated and weighed against long-term consequences.”

This case sets a powerful global precedent — proponents of coal-fired power plants must study the climate impacts of those plants, including how the plants will contribute to damaging the climate, before getting a permit to go ahead. 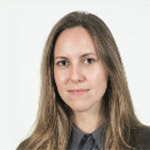