Sometimes it takes a viral video to get the attention of a big corporation. Shweta Narayan, an environmental advocate in Chennai, a coastal city of 7 million on the Bay of Bengal in East India, says the one-two punch of publicity and piles of data brought a company to the table.

The small city of Kodaikanal sits in the forested hills southwest of Chennai, and was home to a thermometer- making plant for global corporation Unilever for 15 years. Workers there handled mercury in unsafe conditions, and mercury was dumped near populated areas of the town of 36,000.

Concern over illegal dumping prompted the government to shut down the factory in 2001, but that didn’t help the more than 1,000 workers who were sickened by prolonged contact with the toxic metal.

And that’s where environmental activists like Shweta stepped in. Shweta is Coordinator for Community Environmental Monitoring at The Other Media, whose goal is to empower local communities to advocate on their own behalf.

Whether it involves helping residents identify the health impacts — tremors and kidney failure in the case of mercury poisoning — or collect samples showing environmental contamination, the effort is the same, she says.

“The underlying problem is the fight for dignity,” she says. “People living next to polluting facilities are often from marginalized communities.” The Other Media gives community members the tools to engage on their own behalf.

And that’s where ELAW comes in. Every sampling effort The Other Media has helped communities undertake — and they’ve done hundreds across a range of issues from fly ash and its heavy metals that are the byproducts of coal-fired power plants to mercury pollution — has linked back to ELAW, Shweta says.

“I don’t think there’s been a single sample where Staff Scientist Mark Chernaik hasn’t been involved,” she says.

In the case of the former mercury factory workers, 10 years of data still needed a push and that came when a musician wrote a rap and produced a video about Kodaikanal titled “Kodaikanal Won’t.” Published on YouTube in 2015, it quickly went viral and prompted news stories, not just in India, but globally. The video has been seen more than 4 million times. Even the Washington Post covered the video, which features a chorus showing community members chanting “Kodaikanal won’t step down until you make amends now,” and “Unilever, clean up your mess.”

In 2016, Unilever announced a settlement with 590 workers. While the terms of the agreement are confidential, community members have said they are satisfied that the sum will help former workers with health care costs.

“We had a huge social media campaign” Shweta says, “but we had 10 years of data collected.” 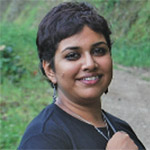