The largest river delta on planet Earth arcs across Bangladesh, a small nation tucked between India and Myanmar and bordering the Bay of Bengal. Roughly 700 rivers stretch 15,000 miles in tangled braids leading to great biodiversity and rich soils for agriculture. One of those rivers, the Buriganga, flows along the outskirts of Dhaka, the nation’s capital and home to 14 million people. For hundreds of years, residents ate fish from the Buriganga. Today, it is among the world’s most polluted waterways. One of the reasons: an immense hide-tanning industry on the river’s shores has dumped toxic chemicals into it for decades.

Government officials estimate that in 2016, more than 5.7 million gallons of pollutants flowed into the river every day.

Those toxic chemicals come from one of the poorest neighborhoods in Dhaka. Hazaribagh has been home to hundreds of tanneries processing leather bound for textile manufacturers in Europe, China, and the United States.

For more than 20 years, the Bangladesh Environmental Lawyers Association (BELA) has been working doggedly to prevent tanning industry abuses. Attorney Syeda Rizwana Hasan, Chief Executive of BELA, took the lead in these cases, systematically turning to the courts to require the industry to follow environmental and health regulations. ELAW supported BELA’s efforts.

In 2001, the court ordered the tanneries to install pollution control devices. Industry was slow to respond and in 2009, BELA won a court order directing tannery owners to relocate to a newly developed industrial area in Savar, farther from the river, and with waste diversion set up to manage chemical runoff. But tanneries were slow to make the move and in March 2017, the court directed authorities to close the tanneries at Hazaribagh that had not relocated, even requiring that their utility connections be severed. It’s a strategic victory that will help bring the Buriganga back to life, one of many for BELA.

Bangladesh, with its long shallow port and ready labor force at Chittagong, is where the world’s dilapidated vessels go to be broken up, their valuable steel and other metals reclaimed for reuse. Massive ships are broken apart by hand by low-paid workers.

The people breaking down the ships, and the coast, suffers. Workers face dangerous conditions and exposure to a variety of pollutants – asbestos, lead, arsenic, polychlorinated biphenyls – that leach onto beaches and into the water.

BELA sought court orders to prevent ships from entering the port unless they were certified free of contaminants, and moved to block entrance of specific ships listed as hazardous. Rizwana’s efforts led to the first case in the country’s history of a polluter being fined for failing to follow the law.

Rizwana’s work has not gone unrecognized. In 2009, she received a Goldman Environmental Prize, the equivalent of a Nobel Prize in the environmental protection world. It is awarded to six grassroots activists annually. Rizwana and the attorneys who work for BELA have collaborated with ELAW for more than 20 years, turning to ELAW for both scientific data about the impacts of pollutants and legal strategy. 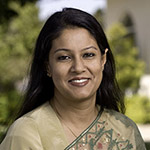